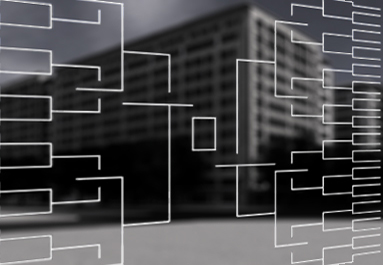 March madness and the spirit of the NCAA basketball tournament are everywhere. But there’s one particular bracket no one wants to be on. For the past six years, the website The Consumerist has held a tournament for readers to decide the Worst Company in America.

One company on the list this year has decided to do something about it. Not about the reasons why they made the list, or why they “won” the competition last year–but about making sure their competition wins first.

Not surprisingly, the memos were leaked. The headline on The Consumerist reads almost like it could have appeared in The Onion: “Comcast Begs Employees to Vote For Charter In Worst Company In America Poll.”

Now I can understand if a company thinks this kind of negative attention isn’t deserved and why they’d feel the urge to do what they could to prevent the bad press. And the way this poll is designed, there are no winners. Someone has to lose worse. And the intent here isn’t to beat up on one company.

But here’s the problem:

As Amazon CEO Jeff Bezos has said, “A brand for a company is like a reputation for a person. You earn reputation by trying to do hard things well. People notice that over time. I don’t think there are any shortcuts.”

Brands are built on trust. They’re built on authenticity. That can’t be fixed by simply shifting the attention toward how bad your competition is. It has to be done by doing the right thing, then doing it again. It has to extend from the leadership of the company and the culture. Asking your employees to take down the other guy to make yourself look better isn’t going to solve the problem.

So let’s say you find your company on this list. What do you do?

As frustrating as awards like this could be for any organization, it’s also a chance to begin an authentic conversation with customers and employees. Every public failure is engagement opportunity.

If a company approached this situation with sincerity, transparency, and especially humility, they would not only learn more about the problems they need to solve, and hear a lot of great ideas for how to solve them–but they’d also find a lot of people willing to spend their time and effort helping you do it.

Authenticity matters most when you have a reputation to save. Attempts to game the system are only going to make a problem worse. Social media is a lot like sunlight. It’s an amazing source of energy and helps shed light on everything you do as a company. But it can also be a very powerful disinfectant. Transparency happens.

I also think this particular example provides some interesting irony. Like many other people, I wouldn’t have heard about this contest and Comcast’s memos if not for seeing the headline that was posted on Twitter. This story no doubt gave a lot of people entirely new reasons to vote.

And they certainly did. The first round of voting that decided the fight between Comcast and Charter closed at 9 a.m. yesterday morning. According to The Consumerist, Comcast only had around 65% of the vote before the story broke. By the time the voting ended, it was over 83%.